Home › Blog › Box Elder Bugs In Aiken: What To Do About These Pesky Invaders

Box Elder Bugs In Aiken: What To Do About These Pesky Invaders 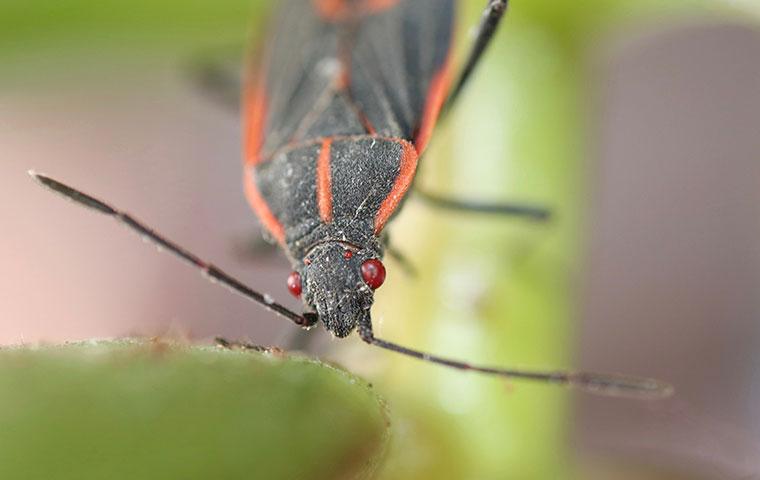 While they aren’t dangerous, box elder bugs can invade in large numbers, which makes removing them a challenge. Luckily, Aiken pest control services are an effective way to deal with these pests. Here’s what you need to know!

Box elder bugs are relatively small at only ½ an inch long. They have an elongated oval body shape, six legs, and antennae. But, the best way to identify them is by their markings. The adult bugs are primarily black, but they have red markings that outline their bodies. Before they reach maturity, however, their bodies are primarily red and have a white dot on their backs.

It can be easy to confuse box elder bugs with other insects or even types of beetles in the area, but a telltale sign that you’re dealing with box elder bugs and not another species is where they tend to congregate. Box elder bugs can be seen around windows and walls that face the sun.

What Attracts Box Elder Bugs To My Home?

Box elder bugs live on and around box elder trees, so this is the main reason you're seeing these pests surround your yard. If you have box elder trees on your property or in the general vicinity, you could end up with a box elder bug infestation.

When the weather starts to cool, box elder bugs will seek shelter from the weather. They often overwinter in homes inside of walls or under flooring. Then, around early April, the adults will again emerge to find their host trees.

This is why you’re most likely to see box elder bugs in the spring, but you could have had an infestation inside of your home for much longer than you know.

Is There Anything That Repels Box Elder Bugs?

If you’ve seen these pests around your property, you might be wondering how to get rid of box elder bugs effectively. There are various products you can purchase to try and eradicate these pests, but unfortunately, most DIY box elder bug control options don’t work well. The main issue with these pests is that they can invade large numbers. Once they’ve established themselves in a nearby host tree, they can readily reproduce. To remove them from the area, you’ll need to apply an effective treatment solution around your entire home and yard, and most over-the-counter (OTC) options just don’t cut it.

The best way to remove box elder bugs is by contacting Aiken Pest Control today. After eradicating any existing infestations, we also offer ongoing prevention services. We can assist you in preventative steps to control box elder bugs. Some prevention tips include cleaning up mulch and organic debris from your yard and sealing up entry points into your house, such as broken screens.