What You Ought To Know About Dangerous Spiders In Aiken

Of all the pests that you might encounter in your Aiken home, spiders are one of the most feared. Many people have severe phobias of spiders, and even most people who don’t fear them prefer not to have spiders around. While spiders can be terrifying to look at and aren’t welcome house guests, most of them aren’t dangerous to humans. 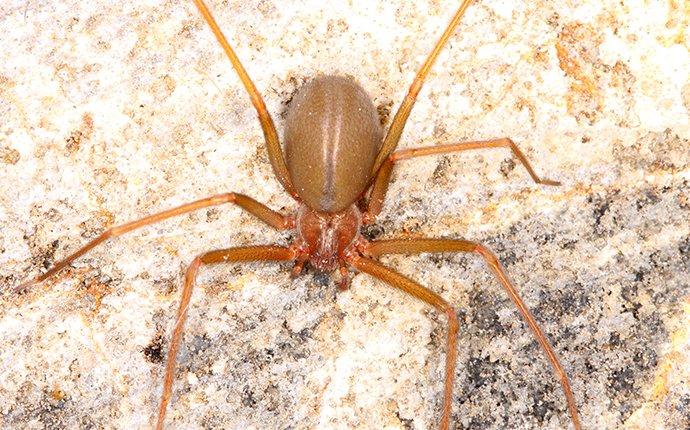 In the Aiken area, there are only two spiders that can hurt humans: the brown recluse and the black widow. These are the only two species in the United States that cause serious medical concerns for humans. While all spiders have fangs and venom, most are not able to bite or harm humans as this venom is used for their own prey.

While the brown recluse and the black widow aren’t the most common spiders you’ll get in your home, they do sometimes make their way indoors. However, because they can hurt you and send you to the hospital, it’s important to know what they look like and what to do if you see one.

The brown recluse spider is one of the most commonly misidentified spiders because they look similar to other species such as the wolf spider. They also are often called by other names such as the fiddle-back spider, violin spider, or brown spider. Because they are often misidentified, it’s important to know what they actually look like:

Brown recluse spider bites can be serious. These bites start out a little red with very small fang marks, but after a few hours, the inner area of the bite becomes pale and surrounded by a red ring that looks like a bullseye. These bites can be severe and cause the tissue to die. Other symptoms include vomiting, dizziness, and chills. In your home, you’re most likely to find the brown recluse in boxes, closets, and other undisturbed areas. If you are bitten, you should seek medical attention right away.

The black widow spider is one of the most well-known venomous spiders that can harm humans. They are pretty easily identifiable as their appearance is unique, but here is a brief refresher of what they look like:

In your home, black widow spiders are usually found in places like garages, dark corners, and cluttered areas. If you get bitten by a black widow spider, you’ll likely notice an acute pain in the area accompanied by redness and swelling. You might also see small fang marks. However, bites can sometimes be mistaken for other skin issues, so it’s important to ask for medical advice.

Black widow bites can be dangerous because they can cause weakness, dizziness, nausea, respiratory issues, and elevated heart rate. It’s important to seek medical help if you’ve been bitten.

Protect Your Home From Spiders

Luckily, both brown recluse and black widow spiders are reclusive, so you’re unlikely to get bitten. However, it’s still important to protect your Aiken home from spiders. If you need help removing or preventing spiders in your home, contact the pest control professionals at Aiken Pest Control today.

The technicians from the Moisture Control Division who worked on our crawl space for 4 long days did an amazing job under very difficult circumstances. I have asked William Sojo, their supervisor, to pass along my gratitude to these men for their professionalism and very hard work. You are fortunate to have such conscientious and well trained personnel on your staff. Please accept our gratitude for a job extremely well done.